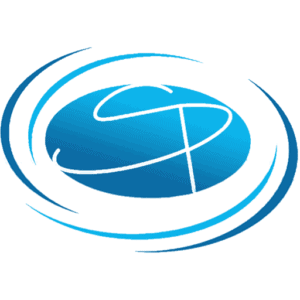 There were two members of the public present.

a) Agenda Items. None declared.

b) Gifts. None declared.

4. Consideration of written requests for dispensation.

Apologies were noted from a member of the public.

A member of the public said that there are now photos of the new surgery. The vaccination programme is going at full speed, and trying to get everyone a booster by the end of January. Covid testing is now available at Pennygillam on the South Petherwin side.

Cllr Parsons said that Cornwall Council has announced its draft business plan and budget. £1.2b for essential services; £45.5m for Adult Social Care. There is provision for more school places and school buildings. Council Tax is likely to increase by 2.99% overall. There will be 410 staff redundancies, including seven Network Managers, and a saving of £50k will be made by not having a stand at the Royal Cornwall Show and £55k with the closure of the office in Brussels. There are proposed cuts to the highway budget and rural parishes will suffer the worst.

A consultation regarding Cornwall Outdoor Centres is ongoing at the moment.

There was a very good turnout for the meeting in Launceston about the closure of the Leisure Centre.

Cllr P Parsons said that both sides of the road at the bottom of Bangors the hedges need trimming back because vehicles are being forced into the middle of the road. At Pennygillam Industrial Estate, from Hamblys Agricultural Machinery dealership, there are potholes in the road on the South Petherwin side.

The Chairman announced that the Parish Council will be going into Closed Session at the end of this meeting.

a) Planning applications received before the agenda was finalised: None

b) Planning applications received after the agenda was published: None.

d) Other Planning Matters. None.

It was RESOLVED that the above Minutes are a true record of that meeting. Proposed by Cllr Barham, seconded by Cllr Barlow with all in favour.

Cllr P Parsons thanked Cllr Finnimore for chairing this meeting in his absence.

10. Matters Arising from the above Minutes

a) Grants Policy. It was RESOLVED to adopt the Grants Policy for South Petherwin Parish Council, proposed by Cllr Barham, seconded by Cllr Screech with all in favour.

a) Trelinnoe Gardens/Close footpath adoption. The Clerk will progress this. Action – Clerk

b) Speed Awareness Campaign. The Clerk has expressed an interest in the 20mph speed limit but the Parish has not been chosen to be part of Cornwall Council’s pilot scheme.

c) The Traffic Calming Feasibility Study. The Clerk has requested a walk through with the Cornwall Council officers in the New Year, possibly virtually via Zoom. Action – Clerk

The Clerk is still waiting for the prices from BIFFA. Action – Clerk

a) Payments. It was RESOLVED to make the following payments, proposed by Cllr Butler, seconded by Cllr Finnimore with all in favour:

b) Bank Reconciliations. It was RESOLVED that the bank reconciliations for November are correct, proposed by Cllr Butler, seconded by Cllr Barham with all in favour. As at the 30th November 2021 the bank balance is a total of £35,067.42.

c) Budget and Precept 2022/2023. (Copies circulated to Members). Following much discussion, it was RESOLVED to increase the Precept to £8,800 for 2022/23, proposed by Cllr Finnimore, seconded by Cllr Screech with all in favour.

Cllr Barham will circulate a Parish Council Notice Boards Policy for consideration at the next meeting.

17. Items for inclusion in future meetings

18. Date of next meeting

The next meeting of the Parish Council will be held on Wednesday 12th January 2022 at 7pm in the Methodist Chapel Hall.

Pursuant to the Public Bodies (Admission to Meetings) Act 1960, members of the public and Cllr A Parsons left the meeting.

There being no further business to transact the Chairman closed the meeting at 20.50 hrs.

The Parish Magazine Committee would very much like to thank South Petherwin Community Fund for funding the revamping of the site.

Stay Up To Date